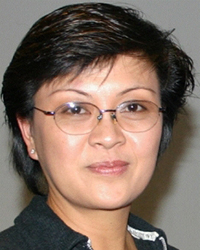 Ms. Donald was elected in 2004 as the Snr Vice President for PNGOC and is a member of the Admin Committee. She was Chef the Mission to the 2008 Commonwealth Youth Games in Pune-India, the Chairperson of the 2015 Pacific Games Bid and Deputy Chair of 2015 Pacific Games Venues Infrastructure & Equipment Committee.

‹ Back to Executive Committee