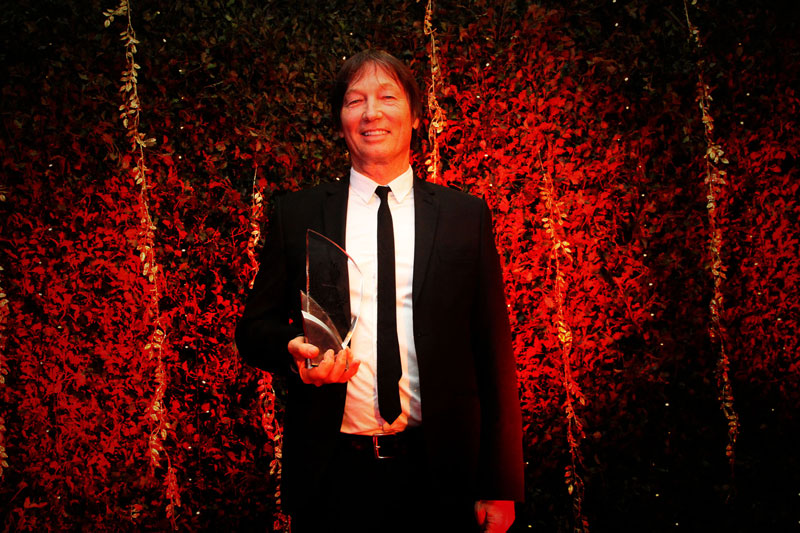 Nigel Cluer. Inducted into the PNG Sports Hall of Fame on November 26, 2016. PHOTO: A. Molen/ PNGOC.

At the age of 14, Nigel first represented the Territory of Papua & New Guinea where he was the youngest competitor at the Games.

In the early stages of the South Pacific Games many of PNG’s medals were won by expatriates living in the Territory of Papua & New Guinea and eventually the independent country of Papua New Guinea.

Nigel was a student at Barker College before moving to PNG where he was based in Lae. Barker College was the same college where the Seeto brothers Jackson and David of PNG weightlifting fame attended. In PNG Nigel attended Port Moresby High School (now Port Moresby International School).

From 1971-1972 Nigel attended Wisconsin University, Madison, USA on a funded swimming scholarship and represented the University at inter-University championships as well as in the American Nationals, winning numerous medals and placing 3rd in the 200m breaststroke in the Nationals.

In 1972 Awarded the All American Collegiate Swim Trophy.

Following his success in the South Pacific Games in 1969 & 1971, Nigel made two finals in the inaugural FINA World Championships in Belgrade, Yugoslavia in 1973. He came 5th in 200m breaststroke and finishing 8th in the 100m breaststroke.

1974 represented Australia at the Christchurch Commonwealth Games, NZ in four individual events and 1 relay winning a silver medal in the Medley Relay.

In the same year Nigel retired from swimming and commenced studies in Dentistry at the Queensland University in 1974.