The Papua New Guinea Olympic Committee (PNGOC) has paid homage to Women in Sport on International Women’s Day by highlighting women in leadership positions, women’s efforts at the Games and promoting the work the organisation does in the area of gender equality.

Sport is one of the most powerful platforms for promoting gender equality and in empowering women and girls. Off the field, much has been garnered about PNG women’s growth in leadership positions in sports.

Since 2016 - 2020 there has been a 60% female representation on the PNGOC Board. As of 2020 that number is currently on 40%. Within the organisation itself, 60% of employed staff comprise of women headed by the Secretary General Mrs Auvita Rapilla, who is also PNG and the Pacific's first female International Olympic Committee (IOC) Member and sits on four IOC Commissions.

Apart from the Secretary General there are other prominent women in sport who hold influential leadership positions. Karo Lelai, the current President of the PNG Basketball Federation is also the Association of National Olympic Committee Athlete Commission Chair and Oceania National Olympic Committee Athlete Commission Chair. Tamzin Wardley, was awarded an MBE in 2020 in recognition of her services to Sports Administration in PNG. In addition, Tamzin has previously served on the PNGOC Board as Treasurer, and is a current Executive on the Pacific Games Council as Vice President of Finance. 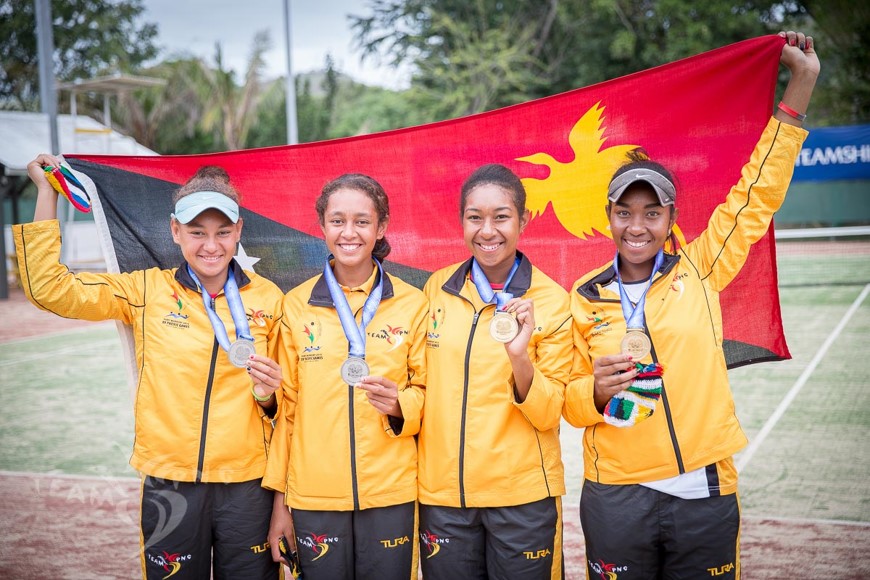 On the field there has been steady increase in female participation in leadership and in sports.

The Secretary General Auvita Rapilla added “We would not be able to achieve such positions and progress in sports without the support of our male colleagues and families throughout the years”.

As a socially responsible organisation and a member of the Olympic Movement, the PNGOC has set the tone as to how women and girls in sports should be portrayed. PNGOC remains steadfast in its efforts to promote gender equality initiatives so that women and girls around PNG are given greater access and opportunities to participate in sports.

Rapilla added “We continue to promote gender equality through our Gender Equity Committee and programs”.

From the calibre of women present in the PNG Sporting Industry today, women entering the sport industry can look up to these role models and take solace knowing that there are individuals and organisations out there who have paved the way for better female representation and equality.