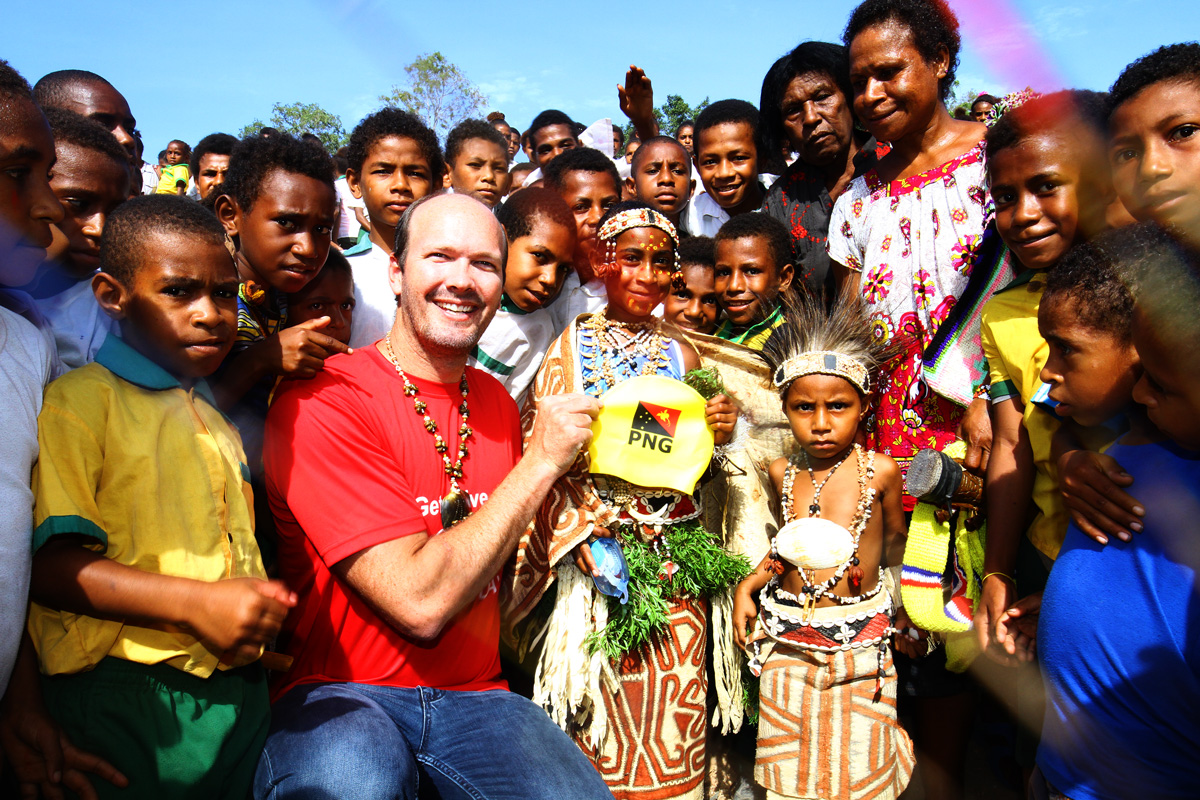 A CHAMPION'S GIFT: Pini shows off his gift to Taylor during his visit to Tempabari Primary School on Thursday. PHOTO: A. Molen/ PNG Olympic Committee.

Pini went to Taylor’s school, the Tembari Primary School at the ATS settlement opposite 8-Mile in the National Capital District, with a team from the PNG Olympic Committee which also featured other PNG athletes and staff.

They were there to present Taylor and her school with sporting equipment which they won through a competition that was run in the Liklik National supplement in the National newspaper. It was run as a lead up to the Olympic week which was held from 22 to 26th, June this year.

Students participated by completing the Liklik National activities and submitting the completed work to the PNG Olympic Committee for judging.

They were then put into another draw with the rest of the entries to win sports equipment for their school. 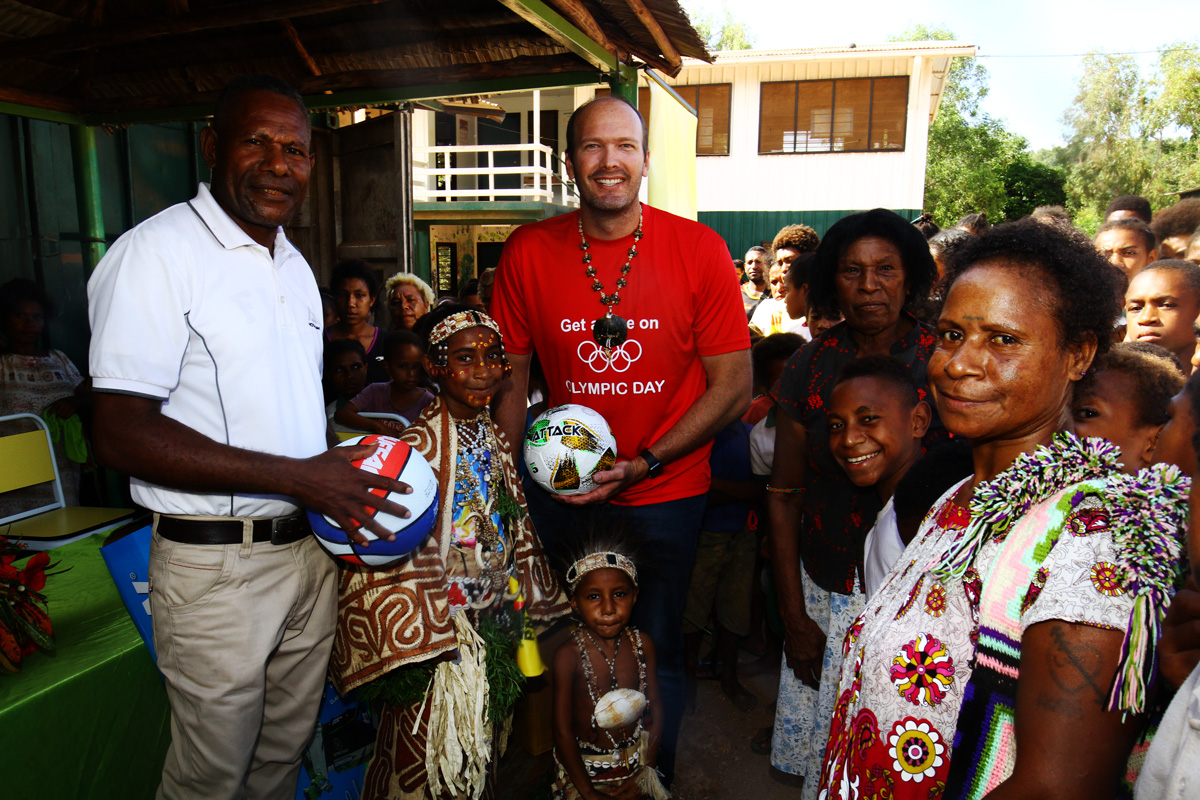 Taylor was second time lucky as she won a prize for herself and also the overall draw to get equipment for her school.

She was very pleased and excited and turned up at the presentation in her traditional attire from the Oro Province.

Pini congratulated Taylor and thanked her for participating in the activities which led to her success in the draw. He also gave her a swimming cap which he wore during competition and a pair of swimming goggles.

Excited to see her sporting idol, Taylor presented Pini with a traditional Oro necklace and a bilum (string bag).

Principal Director of Tembari Primary School, Hayward Sagembo acknowledged Taylor for winning the equipment for her school and thanked the PNG Olympic Committee for the opportunity.

He said the school does not get any government support and relies on the funding from the private sector and donors.

Sagembo added that having Pini and other PNG athletes at their school was an inspiration and encouraged his students to be motivated.

Taylor’s mother, Rose said her daughter is a fan of the ‘Super fish’ but her favourite sport is Wushu Kung Fu which she learned from her father and practices always.

“We hope that she can be inspired to take up other sports as well as she grows up,” said, Mrs. Taylor.

PNG Olympic Committee Programme Coordinator, Milton Kisapai congratulated the school and thanked Taylor and her family for their participation and support of this year’s Olympic week activities.

“The theme of the Olympic Day is Move, Learn and Discover, it means that we will grow and become better people as we learn from different things and share our experience with each other,” said Kisapai.

The Olympic Day is an annual event observed on June 23 which is the birthday of the modern Olympic Movement. The PNG Olympic Committee marks this with a week of events and activities.