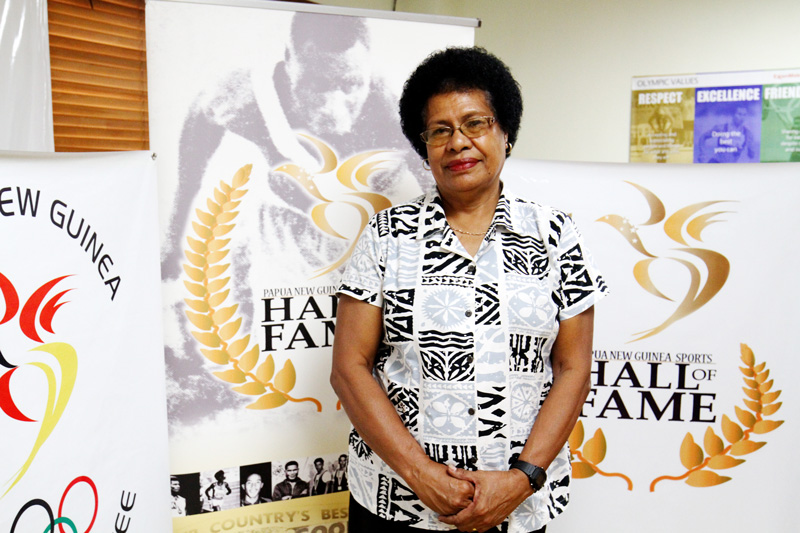 Iammo Gapi Launa was born in September 16, 1958 at Kalo in Central Province.

In 1973, at Kwikila High School Iammo began her long involvement with Athletics, competing in inter-house and inter-schools’ competition. As a member of the Southern Region High School Team she travelled to competitions in Lae, Madang, Daru and Goroka. At this time Iammo was mainly a sprinter, and one of her high school coaches was Raki Leka.

While making her mark as a junior athlete, Iammo was also participating in Netball, Volleyball, Basketball, Softball and Hockey.

In the 1975 SPG in Guam, Iammo was the captain of the PNG Volleyball Team. From 1976 – 81 she was captain of the PNG Netball Team to the SPG (Suva in 1979), and the Inaugural Mini Games (Honiara 1981), plus Asian and Australian invitational tournaments.

In 1983, Iammo was persuaded by many people, including Veitu Diro (Netball), Paul Pervan (President of Athletics PNG) and Tom Brandt (NSI) to once again take Athletics seriously.  Paul was an experienced throws coach and successful former New Zealand athlete. He quickly saw Iammo’s potential in the throws and the former sprinter now had a whole new series of events in which to experiment. Good throwers need strength, but technique and speed are the key ingredients. Iammo had all of the pre-requisites to be a very good thrower.

Success came quickly. With her good all round speed, explosive power, and new-found throwing ability, the Heptathlon soon became one of Iammo’s main events.

Iammo Launa is the most complete all-round athlete that PNG has produced. Her record between 1983 and 1998 is outstanding. 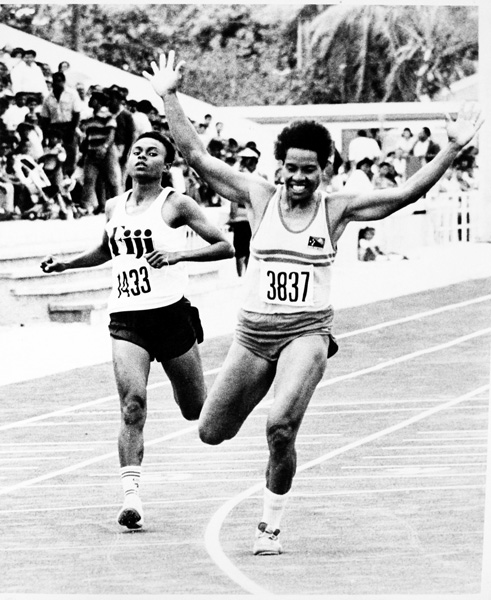 Iammo holds the current Pacific Games Record for the Heptathlon – 5037 points, set at the Mini Games in Nuku’alofa in 1989.

On the world stage, her career is incredibly impressive.

In addition she has excelled in numerous other major competitions in Oceania, Arafura, Australia, Europe and Asia.

Throughout her long sporting career, the honours have continued to flow.

Iammo’s most exciting moment in sport came in the Heptathlon in the 1984 Olympic Games in Los Angeles. In her Javelin pool Iammo finished ahead of Jackie Joyner-Kersee (USA), the overwhelming favourite for the gold medal and idol of the crowd in the Coliseum. The US crowd was stunned. Most had never even heard of Papua New Guinea. A very special PNG Olympic moment. 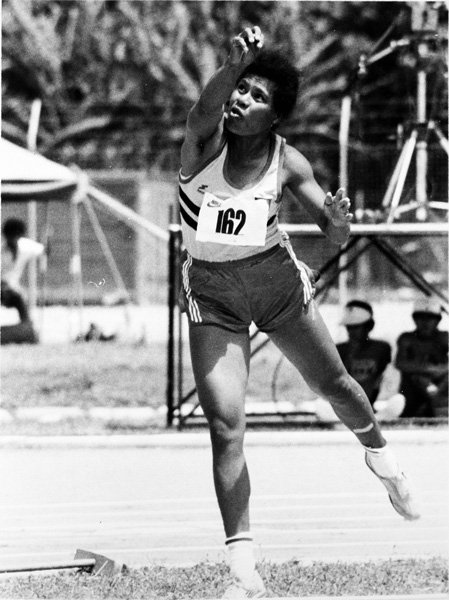 Other memorable highlights where her two gold medals in front of her home crowd in 1991 – the Javelin gold (49.68m) on the first day of the Athletics was especially satisfying. One of the officials in this competition was Iammo’s late husband, Kila Launa. Five days later Iammo won gold in the Heptathlon with 5018 points for a new Games Record and PNG all Comers Record.

Apart from her individual actions in the field and on the track, Iammo gained much satisfaction from captaining PNG Teams in Netball and Volleyball. In the 1995 SPG in Tahiti Iammo was the only person in Team PNG to represent her country in two sports – Athletics and Netball.

Iammo issued a challenge to all current PNG athletes to strive to be the best they can, and be disciplined in their approach to their chosen event. She really wants the 2015 PNG athletes to do well on their home ground. It is a fantastic feeling that must be experienced to be believed.

Today Iammo is on the Board of Cricket PNG. Athletics PNG could certainly use her incredible wealth of experience in the years ahead. 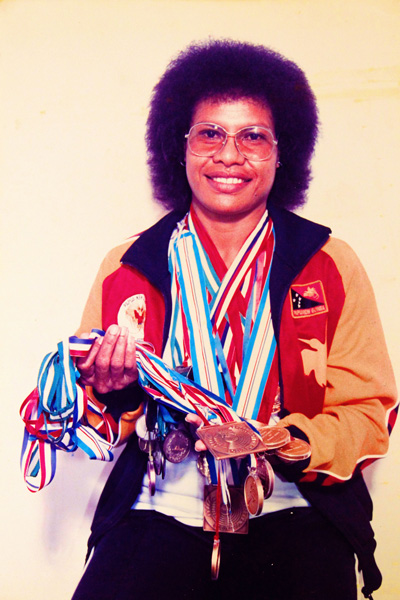 SPOILS OF VICTORY: Iammo Launa with her collection of medals. PHOTO: Courtesy of Iammo Launa.