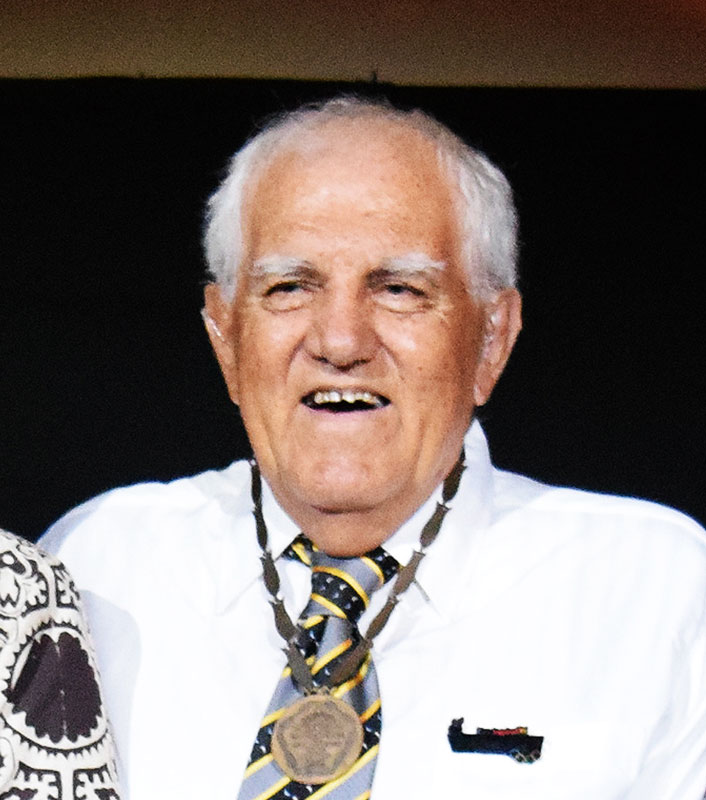 Kenneth Hopkins - A Fighter and a Gentleman

He walked and spoke with the confidence and flare of fighter but joked and thrilled in modesty with the charm of a man, yet Kenneth Hopkins is a very special man in Papua New Guinea’s sporting history.

It is Hopkins who won PNG’s first ever medal at an international sporting competition, a bronze at the British Empire & Commonwealth Games that was held in Perth, Australia in 1962.

In his 11 year boxing career, Hopkins had 85 fights with 6 losses. He won three gold medals from the South Pacific Games and was the Golden Gloves winner in 1957 and Queensland Boxing champion in 1961.

Originally from Brisbane, Australia, Hopkins was based in Bialla, West New Britain Province in the 1960s where his family ran a business.

While in Australia, began training boxing when he was six years old and had his first fight at 11. Hopkins never thought he would represent PNG one day but continued his training and competition in the sport he loved.

“There were no gymnasiums where I come from but I was lucky to have trained with one of the best trainers in Australia before coming up here.

“It made it very difficult to train here in PNG with not proper gyms but we did what we could with what we had,” Hopkins recalls.

“We didn’t have all the facilities that you have now but we did it because we loved it. PNG was my home and it still is, representing PNG was a proud thing for me and I’m very pleased with my achievements,” he said.

Together with his brother Terry, they made a reputation as the top boxers in the Territory drawing much attention from fans and fellow competitors.

Hopkins first represented PNG at the 1962 British Empire and Commonwealth Games which was a proud moment for him.

The 22-man squad was PNG’s first ever team to any international sporting event and included Sports Hall of Fame members, Edward Laboran and Sir John Kaputin. 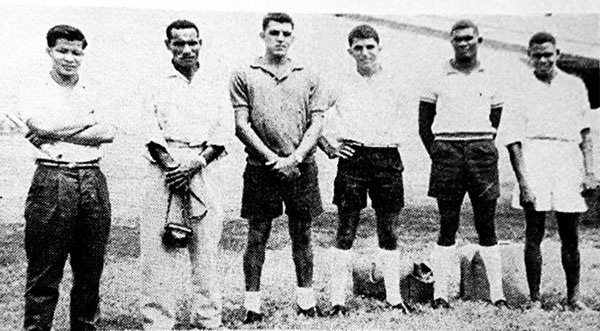 THE EMPIRE TEAM: Kenneth (third from left) with his brother Terry (next to him) with their team mates going to the British Empire and Commonwealth Games in Perth in 1962. FILE PHOTO: Post Courier Archives.

While Laboran and Sir John competed in athletics, Hopkins dawned the gloves for PNG against tough opponents.

“If you’re not going in there to win a fight, well, you shouldn’t be there in the first place because if you’re not prepared to win then you’re in the wrong business.

Going through the rounds with his fiery style, Hopkins’ final bout was against an African fighter from Rhodesia.

“It was a very balanced fight, no one got knocked down or anything, we went through the full rounds, he was really good,” Hopkins recalls.

His triumph was the only medal for the PNG team but it was both a proud and historical moment for the nation.

Hopkins was also part of the first PNG team to the first South Pacific Games which was held in Suva, Fiji in 1963. He came out firing again and returned home with another bronze medal.

“The achievements that you have over the years with what you had to work with, and to think of what you did achieve was pretty good because there were no expectations, we did it because we enjoyed it.

“I saw PNG as my home and my place to represent it,” he said.

Hopkins thanked the PNG Olympic Committee for recognizing his achievement and encouraged sports men and women to continue to strive for the best in whatever they do.

“It doesn’t matter what you do or what sport you play, it must come from the heart.

“Accept whatever it is and always give your very best without expecting anything for it. Do it because you love it. Whatever reward that comes is a bonus for you,” he said.

Hopkins was inducted into the Papua New Guinea Sports Hall of Fame on Thursday 22nd November, 2018.

CHAMPION AND LEGEND: Fellow 2018 Hall of Fame Inductee, Charles Martin lifts Hopkins' arm in triumph at the induction ceremony after Hopkins put on the original medal that he won for PNG during the 1962 Perth Games. PHOTO: A. Molen/ PNG Olympic Committee.