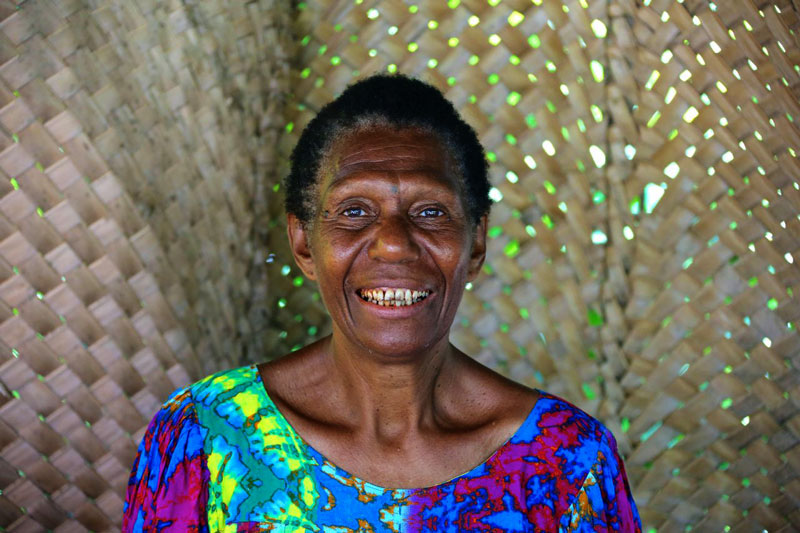 Salitia Pipit, from Ratavul Village in East New Britain, was born on 6th June 1951 in Rabaul. At primary school, the large well-organised Athletics competitions were not available, being only for those from high schools and colleges. Salitia and all her class mates kept fit and healthy playing team sports.

As a boarder at George Brown High School, North Coast Rabaul, Salitia discovered that she was good at Athletics and soon became a regular competitor at the weekly competitions of the Gazelle Association at Queen Elizabeth Park in Rabaul.

The National Selectors quickly recognized Salitia’s potential and soon she was booking a flight to the National Capital for the 1969 National Championships, which doubled as the trials for the first T.P.N.G. hosted South Pacific Games.

In the 1969 National Athletics Championships / Games Trials, Salitia impressed enough to be added to Team PNG for the SPG. She had not yet reached her yearly peak, but was improving with every race.

In these “Home Games” she won two medals  -  gold in the 800m (2:22.3) and bronze in the 400m (59.5). In the 800m it was almost a dead heat with Salitia and 2nd place getter, Kito Kaida (PNG), being awarded the same time. They were both jointly recognised as holding the National Record, Games Record and South Pacific Best Performance.

For much of the rest of the 1970’s Salitia mixed maternity duties with domestic competition, and won an incredible number of national titles and set many national records during that time.

Also in 1982 Salitia was awarded an MBE for Services to Sport, and set a National Record in the 800m that stood until it was broken by Salome Dell in 2005. The time of 2:14.51 would have been good enough to win a medal at 22 out of 23 Pacific Games and Mini Games from 1983 until the present, and good enough to win the gold at 19 of them.  An outstanding performance.

Salitia was competing at a time when PNG athletes did not have the opportunities to compete overseas on a regular basis. This makes her enduring record all the more commendable.

Salitia’s footprint in the Athletics’ performance lists is still significant. She features widely in the current PNG All Time Best Lists for Athletics performances.

Some of her times from the 1970’s and 1980’s would be good enough to have her selected for the PNG Athletics Team for the 2015 Games. She has stood the test of time.

Salitia is very proud of the fact that all her children followed her footsteps into sport. Irene, who now lives in Brisbane, represented PNG in the 1991 South Pacific Games in Port Moresby in the Discus Throw. Meli, a Port Moresby based lawyer, made his name in Rugby Union. Helen, now living in Michigan in the USA, represented the country in the three sprint events and relays in the 1996 Oceania Championships, the 1999 Arafura Games and the 1999 South Pacific Games in Guam.

Looking back Salitia said that the three things she had gained most from Athletics were a love of running, pride at having the privilege of representing her country in major sporting competitions, and the satisfaction of being a successful ambassador for her province and culture.

Salitia found that motherhood had given her great physical and inner strength and it is not surprising that her best-ever performance, her National Record in the 800m (2:14.51), came in 1982 as her three children were growing-up and starting their own fledgling sporting and academic careers.

The last time that Salitia competed in Athletics was at the National Championships in Goroka in the mid-1980’s, representing the Ok Tedi Club.

Salitia is now back at her home base, where it all began, enjoying being with family, friends and relaxing once again in her North Coast Village of Ratavul.