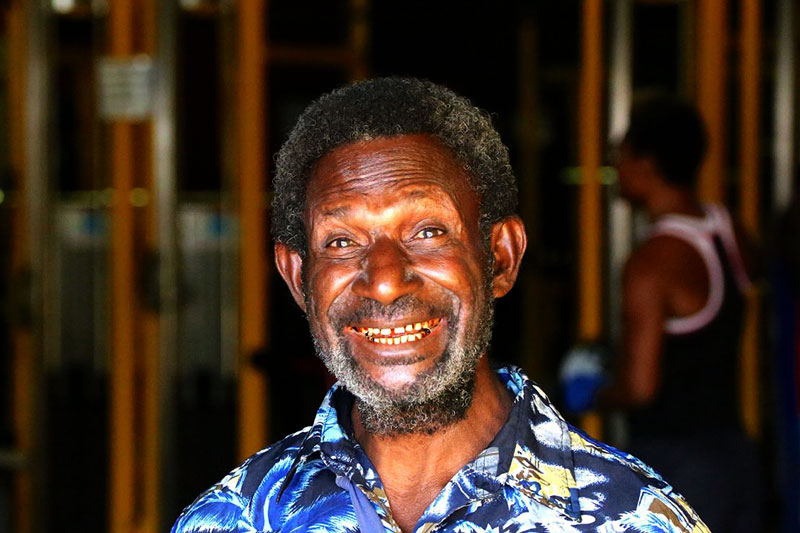 While he had a wonderful career in local PNG fights, Oceania Championships in Tahiti (1974), the South Pacific Games in Guam (1975) and the 1976 Olympic Games in Montreal, it was his participation in the 1978 Commonwealth Games that has defined his career, and has kept him as a household-name in PNG.

I had travelled to Edmonton in Canada for the 1978 Commonwealth Games, to watch some of the best Athletes in the world, but specifically to cheer on the track and field athletes from the Pacific Islands. I had just finished seven years of teaching in Fiji and was due to start my PNG teaching career in 1979. To my shock, not one Pacific nation sent any athletes. I still do not know why.

A quick check as to who else was in town and I discovered that PNG was represented in the Boxing. (I apologise to those involved in the two other PNG sports on offer, but I was not too tempted to buy tickets to the Lawn Bowls or the Shooting). A quick, last-minute purchase saw me getting a rare spare ticket for the Quarter Final match of Tumat Sogolik versus David George from Wales. It was all over very quickly with Tumat impressing all who were present with his second round demolition of the Welshman.

I later heard that he defeated the Kenyan, Douglas Maina (one of the pre-Games favourites for the gold medal) in a first round KO in the semi-final. I was keen to see the final, but there were no tickets available.

What happened in the final is the stuff of legends. During the 2014 Commonwealth Games in Glasgow, the newspapers were full of profiles of the eventual winner of the Bantamweight gold medal match, Ireland’s Barry McGuigan (living in Northern Ireland, as Ireland is not part of the Commonwealth). That bout in Edmonton is still one that is discussed by followers of the sport  -  so many years after it happened. It has assumed the status of an all-time classic match.

In an interview last year Barry McGuigan said that his handlers kept details of Tumat’s matches a secret. They did not want to frighten him.  When he got into the ring, he could not believe that Tumat and he were in the same fighting division. To quote McGuigan …. “he was a beast, an absolute beast”. They were the same weight but Tumat had a much more muscular, powerful body.

McGuigan then goes on to describe how Tumat “hit me in the side of the head – I thought that the house had come down on me”.

In the same interview in The Guardian newspaper (1st August 2014), McGuigan goes on to say  -  “He dropped me in the second round, my legs were all over the place. It took me 15 seconds to come round but he’s swinging these haymakers. I got back into it and was throwing a few more jabs but then he catches me with an uppercut, boom. I didn’t go down but it was the hardest I’d ever been hit as an amateur.”

The decision was finally handed down, giving McGuigan the gold medal in a split points decision. McGuigan went on to state that “it was one of the more fortunate calls of my career”. Tumat, always the gentleman, acknowledged the Irishman’s victory, but the look of disbelief on Dick Larry’s face says it all. Dick Larry was in Tumat’s corner for the fight.

The Sunday Times (20th July 2014) said that “there was considerable disbelief that he had actually prevailed in the final over a 23-year-old customs officer from Papua New Guinea, Tumat Sogolik”.

Other words that were used in August 1978, and in more recent articles about this classic fight, have been “disputed”, “hotly-disputed”, “controversial” and “contentious”. Many people on the night did not agree with the judges’ decision, and that feeling still exists 37 years later. Team PNG was shocked at the decision going against Tumat.

The moral is that if a boxer from a small country is to succeed on the global scene, do not expect them to win by points. It is a knockout win or second prize. I am sure that many in PNG Boxing will agree with this assessment even if they do not say so publicly.

Prince Philip, The Duke of Edinburgh, was at the fight in Edmonton and would, no doubt, have passed on to his wife what transpired in the ring, and the final decision.

Going from the Boxing Arena back to the Games Village, Tumat was confused as to why there was a red carpet leading to his room. He was just about to jump into the shower when there was a knock at the door. It was the Royal bodyguard who explained that the Queen wished to visit him. He was told to stay dressed as he was in his sports uniform. Now he realized why the carpet was in place. Thirty seconds later the Queen appeared, much to Tumat’s amazement. She told him that she was sorry about the decision in the ring.  This was as close to a formal apology as was possible. Regal protocol would have dictated that she could not say more. The PNG shooter, Trevan Clough, who was Tumat’s roommate, was also present at the meeting.

The Queen was making a visit to Team PNG, the newest independent member of the Commonwealth to participate in the Commonwealth Games. Her personal message to Tumat, however, was especially appreciated, and until now not widely known.

Despite the disappointment, Tumat became the first Papua New Guinean to win a Commonwealth Games medal for his newly independent country. That silver medal is now in the safe hand of Tumat’s son, who will keep it as a family heirloom, but I am sure that when the PNGOC Museum is started important memorabilia like this medal will be a prized addition to the sporting history of PNG - on display for all to see into the future. We must have one place in which all of our sports’ heroes can be recognized and their deeds on display to the general public.

But now we must go back to the beginning to follow Tumat’s successful career to this moment, and then after Edmonton, into the professional ranks. 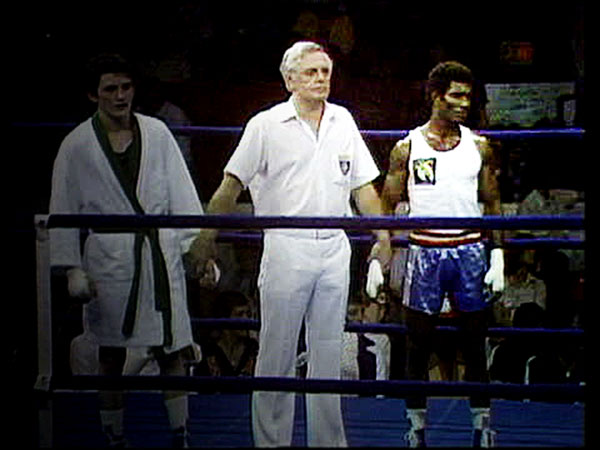 Tumat (right) about to receive the decision from the judges during the Edmonton Games. FILE PHOTO.

Tumat Sogolik was born on 5th May, 1955 in Kavieng, New Ireland Province.

As a form one student at Utu High School in 1969, he was introduced to boxing. It was bare-knuckle fighting with no gloves. It was for fun  -  just recreation. He did not become part of the organized sport until 1974 as a 19-year-old. In that year he was selected to go to Tahiti to take part in the Oceania Boxing Championships. He won gold in the Bantamweight Division, defeating Patrick Donovan from Australia.

In 1975 he was part of Team PNG to the SPG in Guam where, once again, he won the gold medal defeating the Tahitian Milton Ie in a knockout.

After Independence PNG was invited to participate in the Olympic

Games. Our first team went to Montreal in 1976, and Tumat was part of the small Boxing Team. It was a great introduction to the world Boxing scene.

The next big step-up in recognition came with his appearance at the 1978 Commonwealth Games in Edmonton. It was shortly after returning from Edmonton that he made the decision to turn professional.

As a professional he had no manager or coach and had to rely on promoters approaching him to organize bouts.  He had a total of five fights between 1979 and 1985. Two of the fights were in Australia (Dapto and Mt Pritchard), and three in PNG at Lloyd Robson Oval, Port Moresby and Goroka.  He won three (2 by KO) and lost two (both on points with one a split decision).

All intelligent boxers know when it is time to quit the sport. It is always for a variety of reasons. Tumat knew that his fists were lethal and that caused him to think seriously about the damage he could do to others.

Tumat’s legacy is a solid one at the local, regional and international level. His exploits in Edmonton, and what we in PNG (and elsewhere) regard as an unfair decision, have turned him into a national hero. He is a worthy addition to Great Moments in Our Sporting History.

There is a website called Classic Fights, that lists all of the top amateur and Olympic boxing matches. It lists only one fight from 1978  -  Barry McGuigan versus Tumat Sogolik.

This quiet, humble and unassuming man has shunned the limelight for decades. He has kept to himself the events following his shock defeat in Edmonton 37 years ago.

We salute him, and hope that the Games Organising Committee will do the same by having him participate in one of the Boxing medal ceremonies during the Games. The Bantamweight Division would be ideal. It would also be wonderful for him to meet the son of Queen Elizabeth II, The Duke of York, when he comes to open the Games.