NEW BOARD: Members of the new PNGOC Executive Board after the elections on Saturday, 27th June, 2020. PHOTO: A. Molen/ PNG Olympic Committee.

Sir John Dawanincura has retained the position of President on the Executive Board of the Papua New Guinea Olympic Committee following elections held on Saturday June 27 during the organisation’s Annual General Assembly held at the Gateway Hotel in Port Moresby.

As per the PNG Olympic Committee Constitution, the elections were conducted using an exhaustive ballot process supervised by the PNG Electoral Commission.

Sir John surpassed challenger, Ralph Tarasomo in the second round of voting, by one vote after the third candidate for the position, Karo Lelai was eliminated in the first round.

This will be Sir John’s third and final term on the PNG Olympic Committee Board and he has sworn to carry on the important work that has been established within the organization and see new developments during his time at the helm.

Sir John brings with him leadership, continuity and stability for another four years as well as knowledge based on his experience and networking in PNG and regionally.

“I’d like to thank Karo for putting up her name and also Ralph for putting up his name due to the democratic process that we abide by, and I thank you all for casting your votes,” said Sir John.

“I also take note of the voices of National Federations as valued members with focus on more support for them,” he said.

AT THE HELM: Sir John will lead a new-look Board in his last term on the Board. PHOTO: A. Molen/ PNG Olympic Committee.

In the other positions voted on, Tony Green is the new Senior Vice President of PNG Olympic Committee taking over from Mel Donald who also vacated the seat after serving the three-term limit (four years per term). Donald is a former PNG international athlete in the sport of shooting and has been on the PNG Olympic Committee Board since 2004.

The Treasurer’s position was taken up by Grace Mataio who fills in the position unopposed. It was previously occupied by Tamzin Wardley whose tenure also ended after she completed the three-term limit.

Wardley has been on the PNG Olympic Committee Board since 2004. During that time she has led Team PNG as Chef de Mission to various Pacific, Pacific Mini and Commonwealth Games events. She was appointed to be the Chef de Mission again to the Tokyo 2020 Olympics which has now been postponed to 2021.

Meanwhile, Faye-Zina Lalo also retained her role as Legal Advisor on the Board unopposed.

The final position voted on was for the Chairman of Fundraising which was previously held by Syd Yates. He served on the PNG Olympic Committee Board since 1998. Syd also completed the three-term limit.

Former Male Vice president, Henao was voted in to take Yates’ place and remain on the board for another term.

Sir John acknowledged and thanked Donald, Wardley and Yates for their distinguished service to the PNG Olympic Committee and sport in the country and the region.

The Secretary General’s position which is a full-time paid position appointed by the Board. 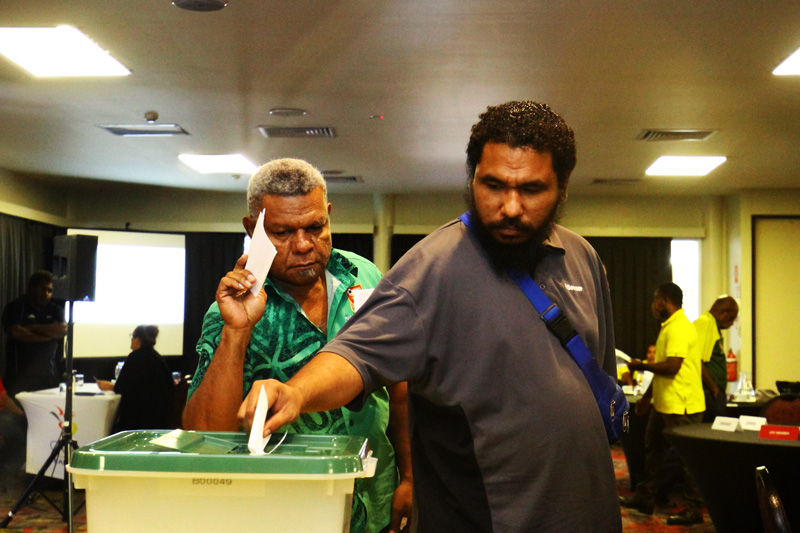